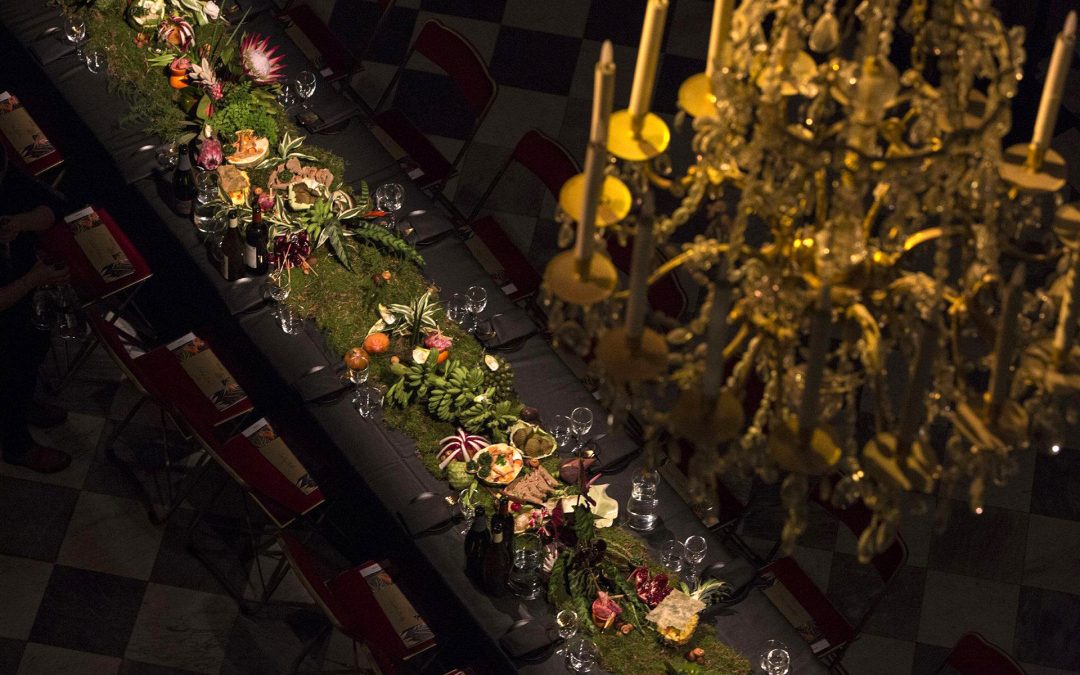 Kenzo’s Paris Fashion Week show was not only a vegetarian art history–lover’s dream, but also a major freakebana fashion moment.

Kenzo Takada, who founded his eponymous fashion label in 1970, was a longtime admirer of the French painter Henri Rousseau and his lush depictions of jungles. In fact, Takada even decorated his first store in Paris with a replica of Rousseau’s landscape painting “The Dream.”

Knowing this, Kenzo’s current creative directors Carol Lim and Humberto Leon worked directly with the Rousseau foundation to bring the painter’s world to the runway for the brand’s third, vintage-inspired “Memento” show in Paris.

This wasn’t a traditional fashion show, though. Kenzo invited guests including Selah Marley, Casey Spooner, and Rose McGowan to sit down for a magnificent banquet dinner at the historic Monnaie de Paris.

Models in vibrant, Rousseau-inspired looks, which included prints of “The Dream” as well as some life-size costume replicas, walked as guests indulged in a feast of artfully arranged fruits and vegetables provided by chef Angela Dimayuga.

The article appeared first in TheCut.