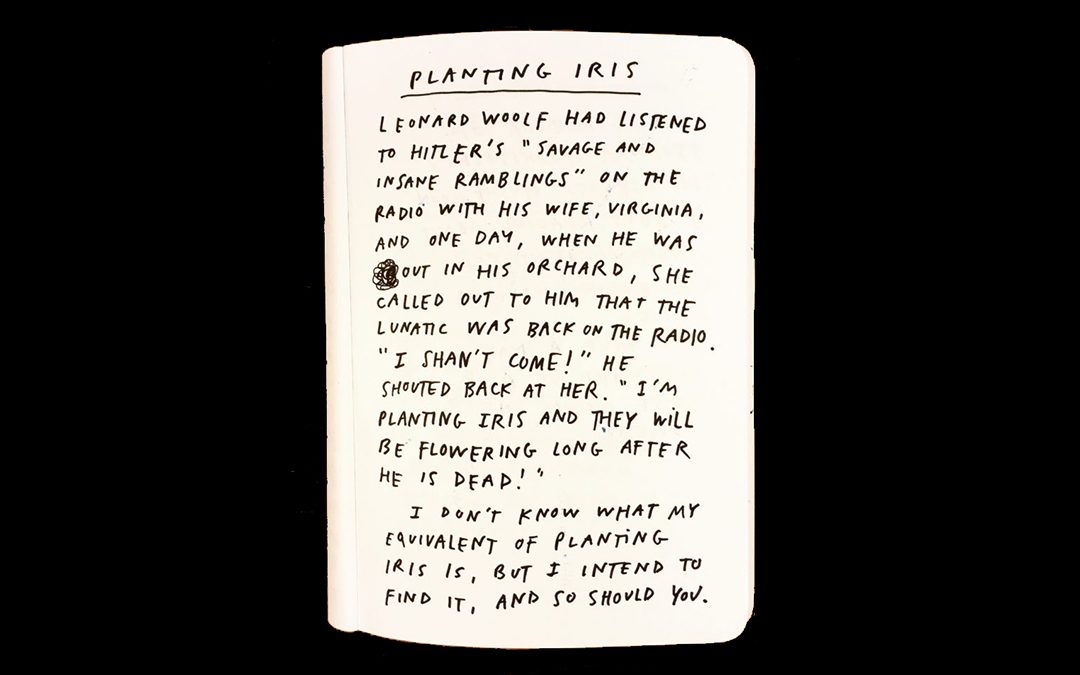 “I will end… with a little scene that took place in the last months of peace. They were the most terrible months of my life, for, helplessly and hopelessly, one watched the inevitable approach of war. One of the most horrible things at that time was to listen on the wireless to the speeches of Hitler—the savage and insane ravings of a vindictive underdog who suddenly saw himself to be all-powerful. We were in Rodmell during the late summer of 1939, and I used to listen to those ranting, raving speeches. One afternoon I was planting in the orchard under an apple-tree iris reticulata, those lovely violet flowers… Suddenly I heard Virginia’s voice calling to me from the sitting room window: “Hitler is making a speech.” I shouted back, “I shan’t come. I’m planting iris and they will be flowering long after he is dead.” Last March, twenty-one years after Hitler committed suicide in the bunker, a few of those violet flowers still flowered under the apple-tree in the orchard.”

From Leonard Woolf’s Downhill All The Way: An Autobiography of the Years 1919-1939.